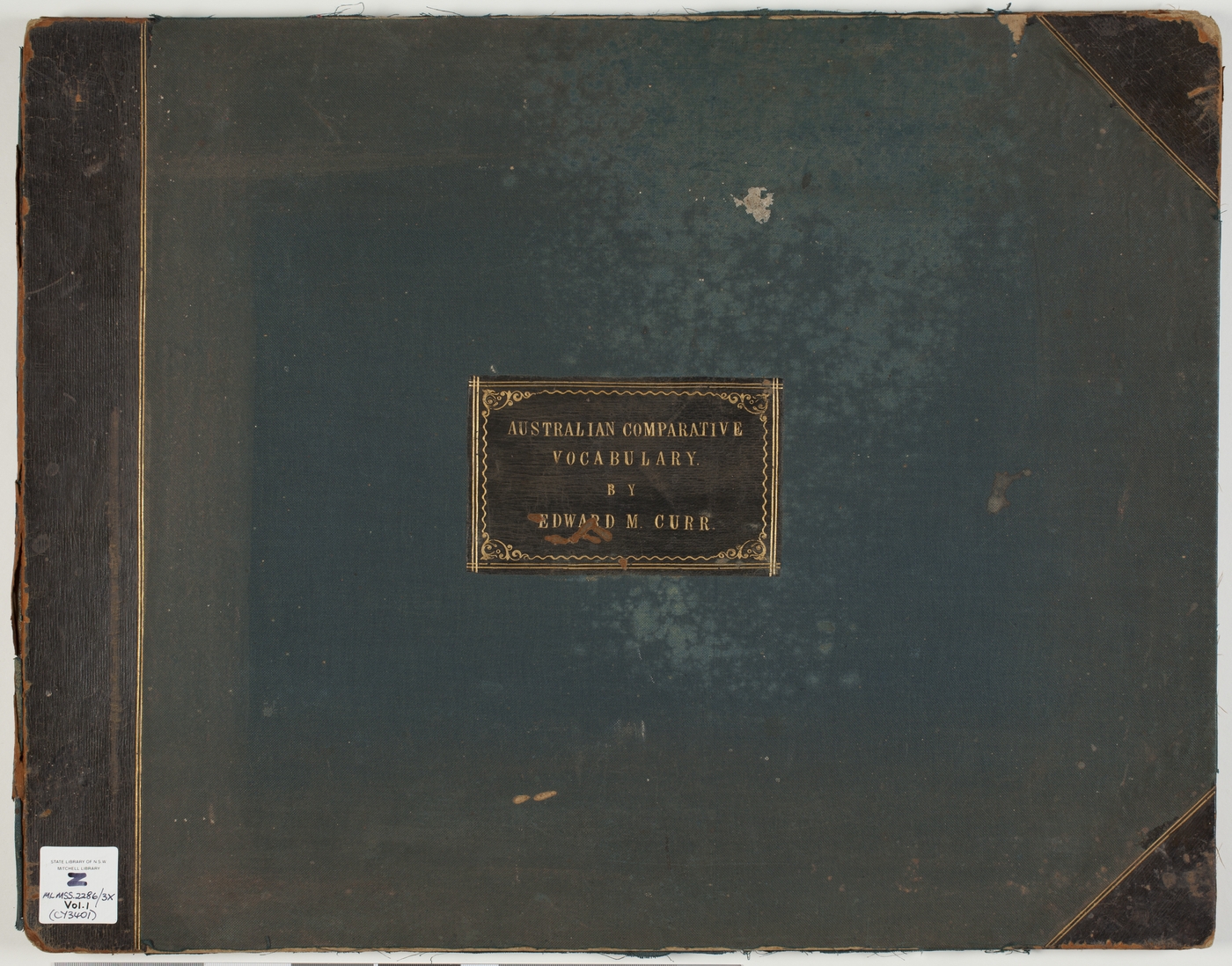 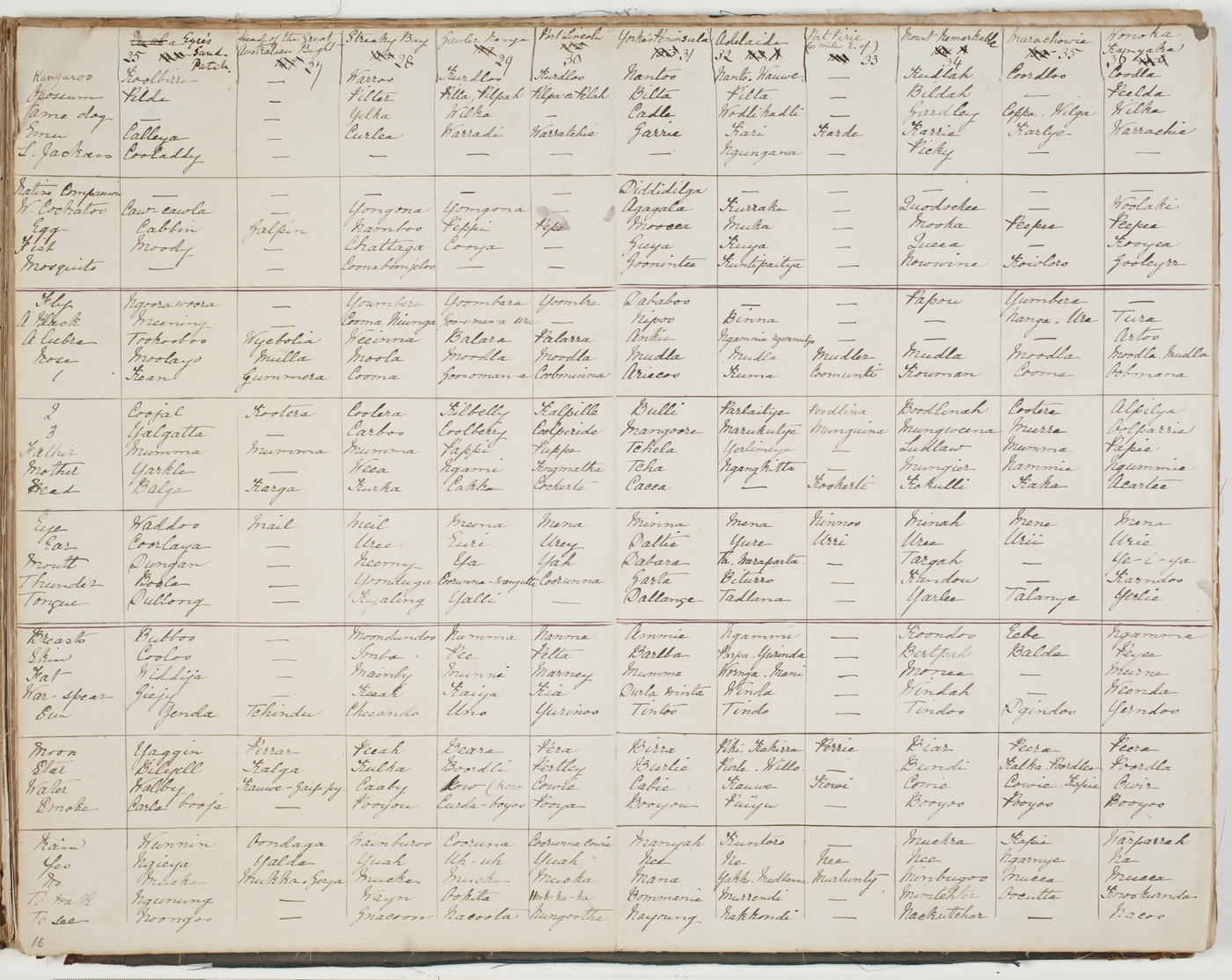 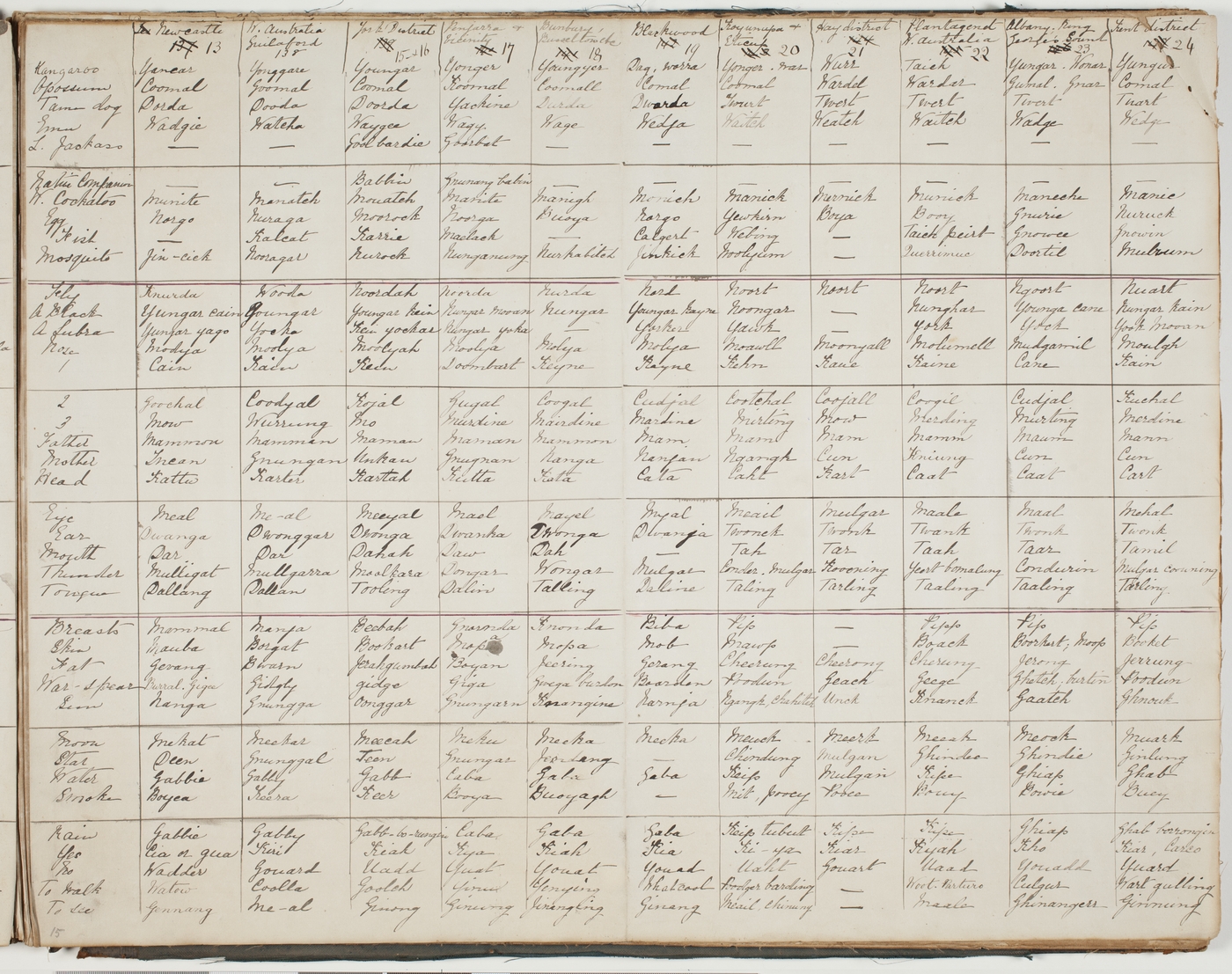 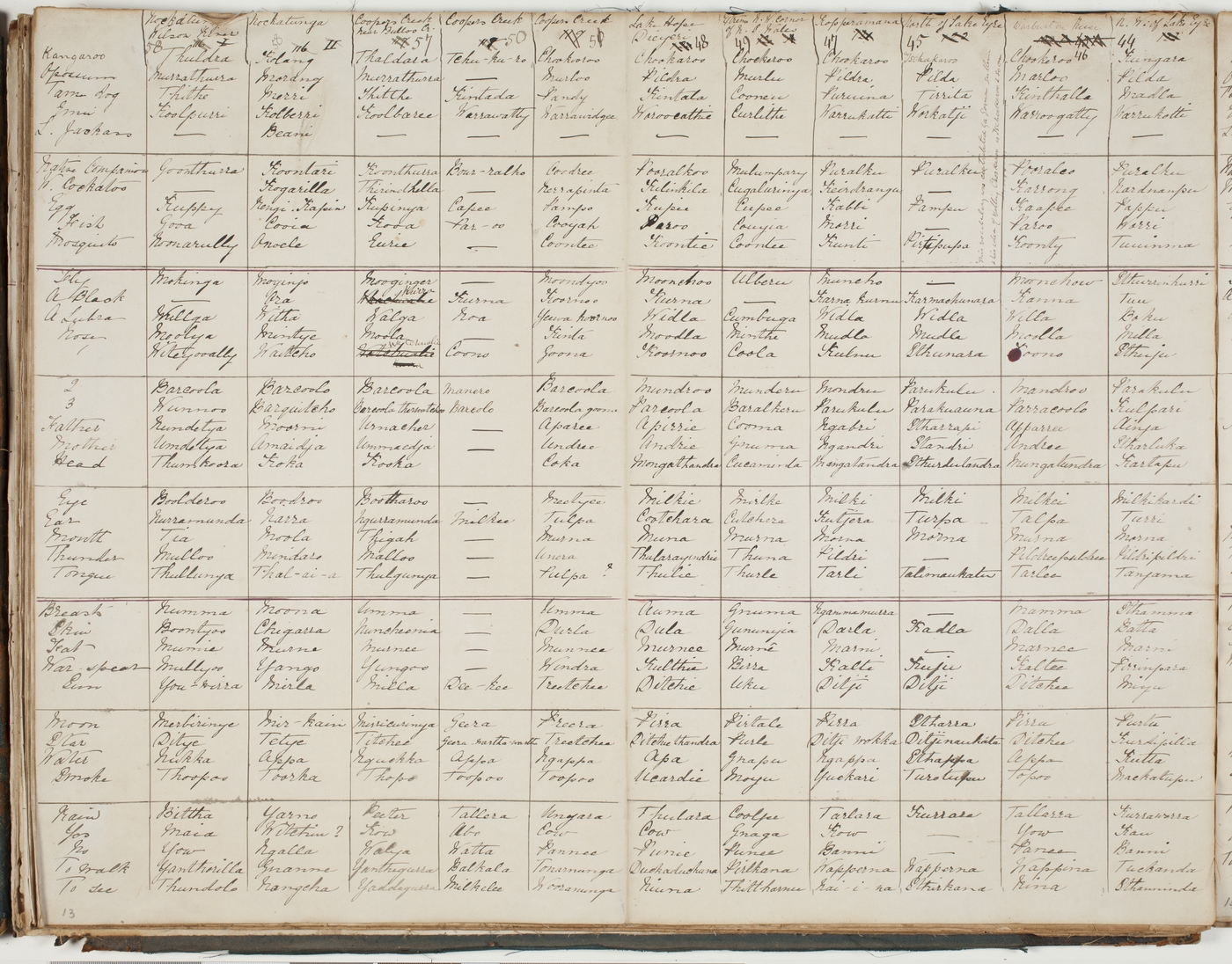 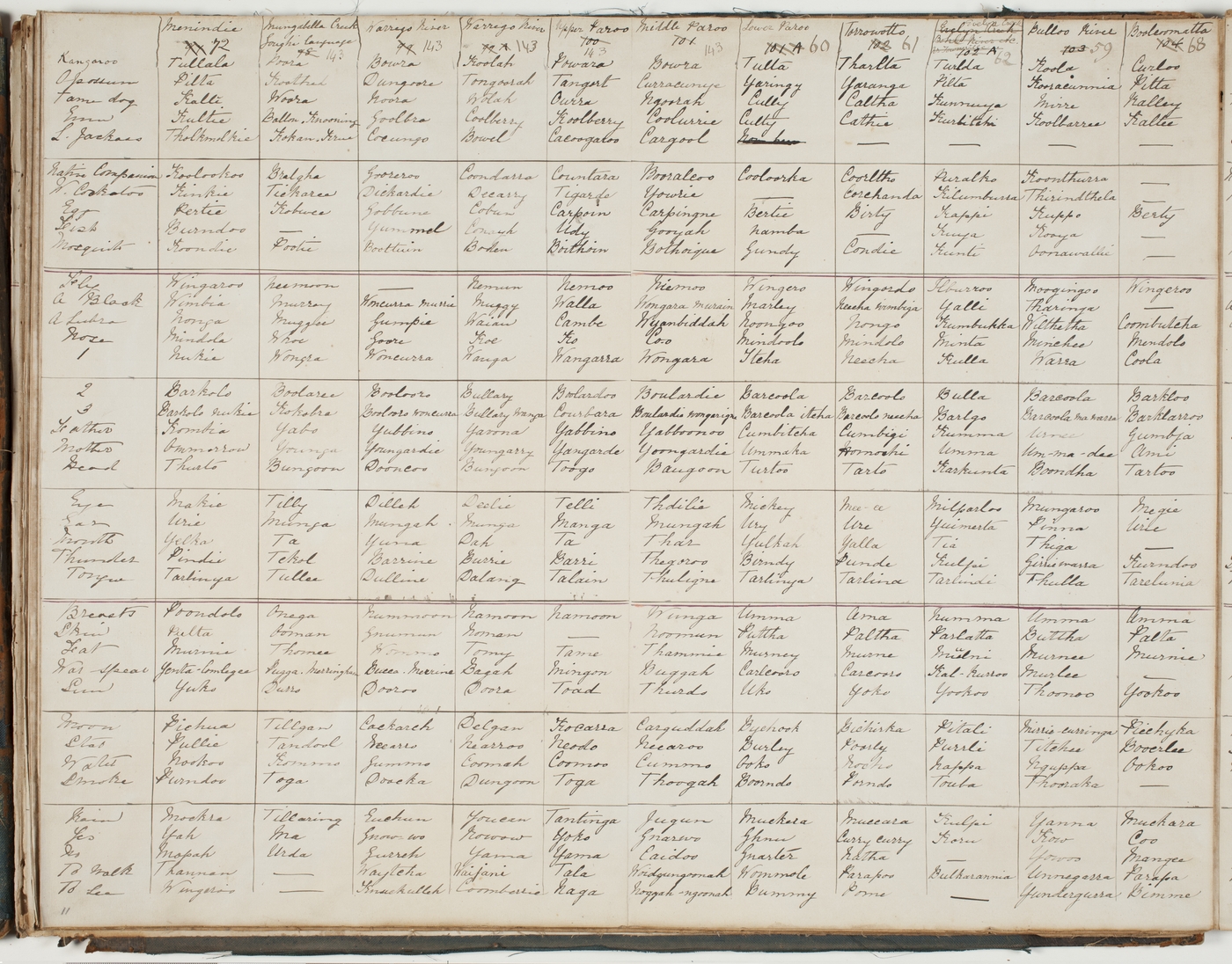 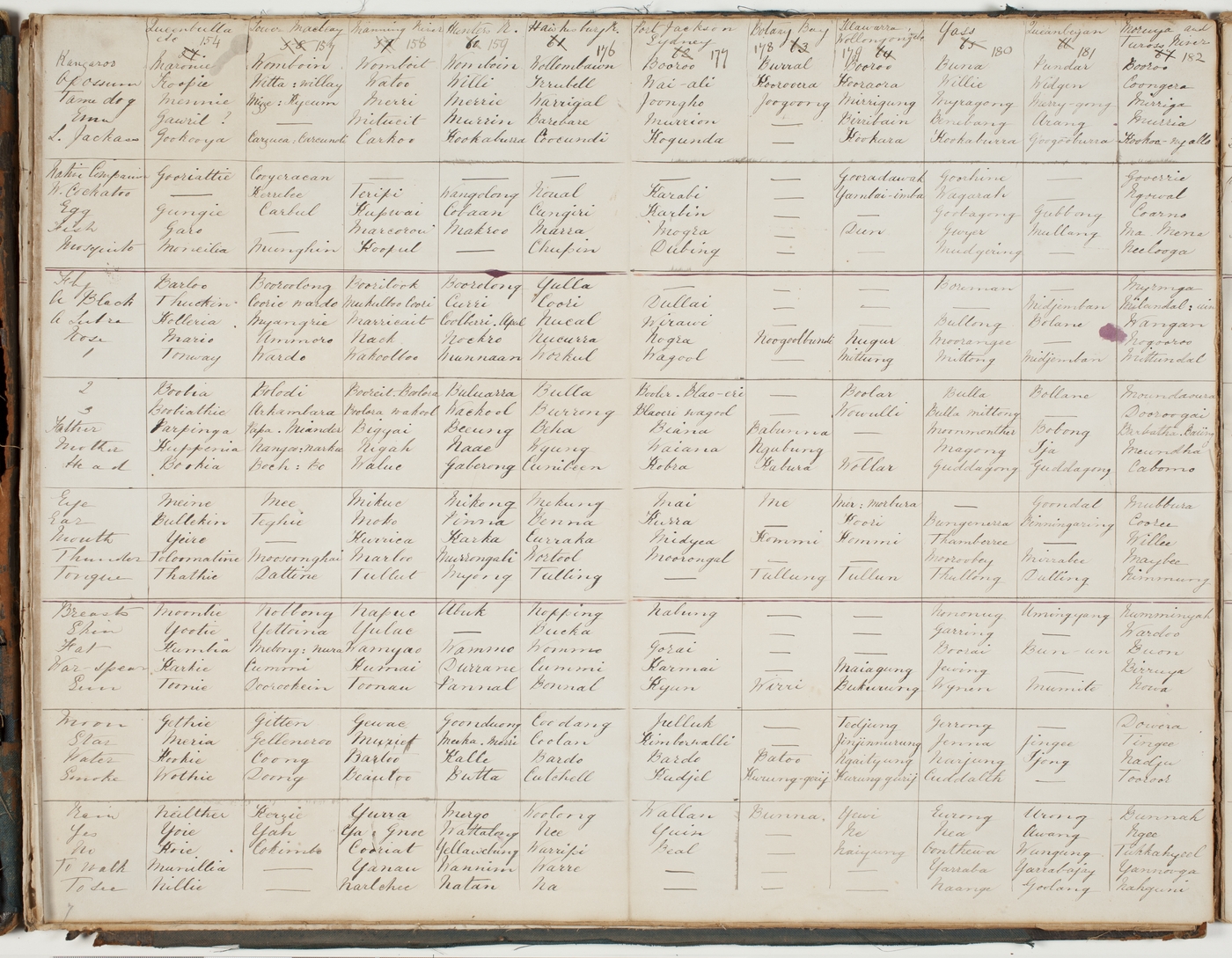 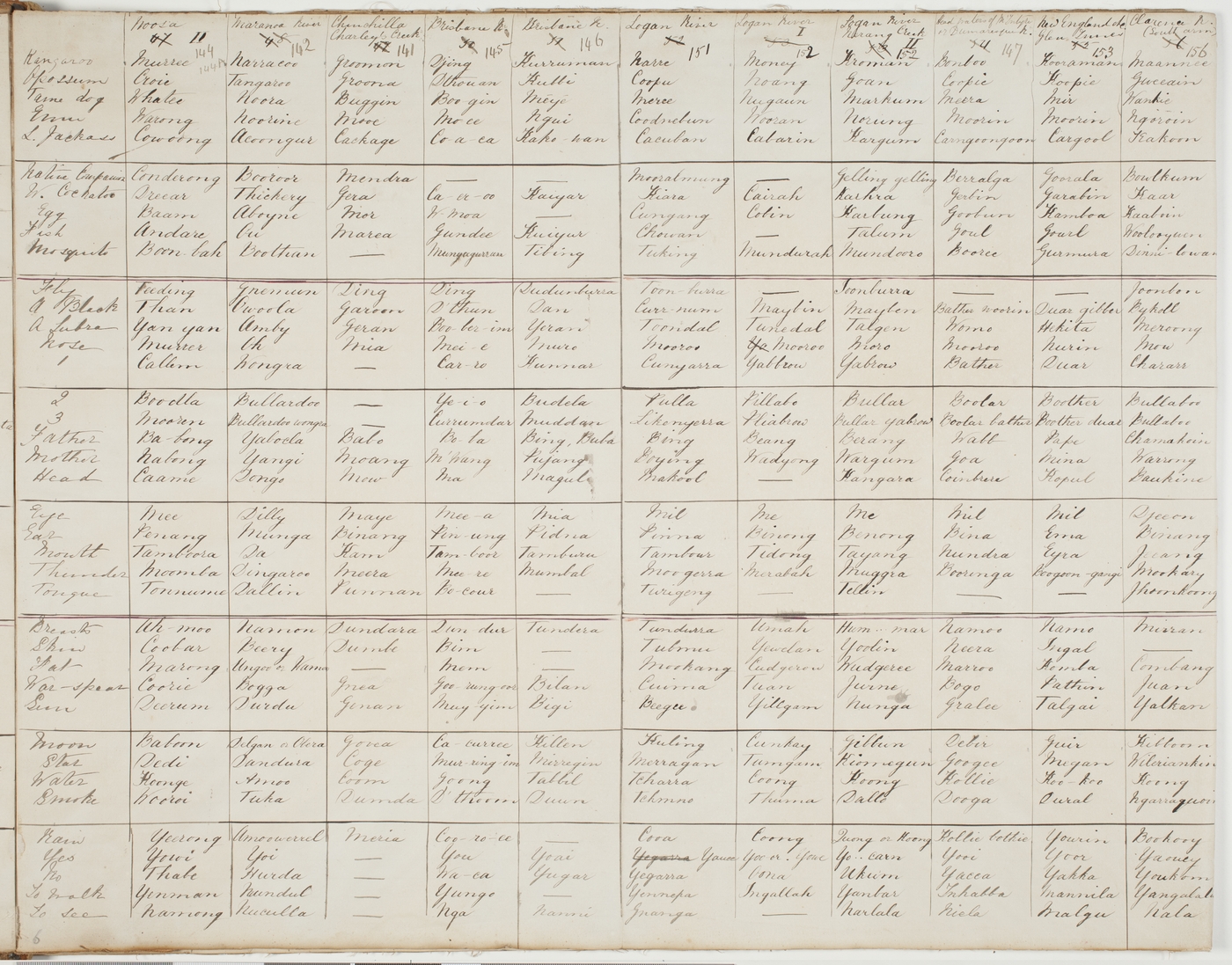 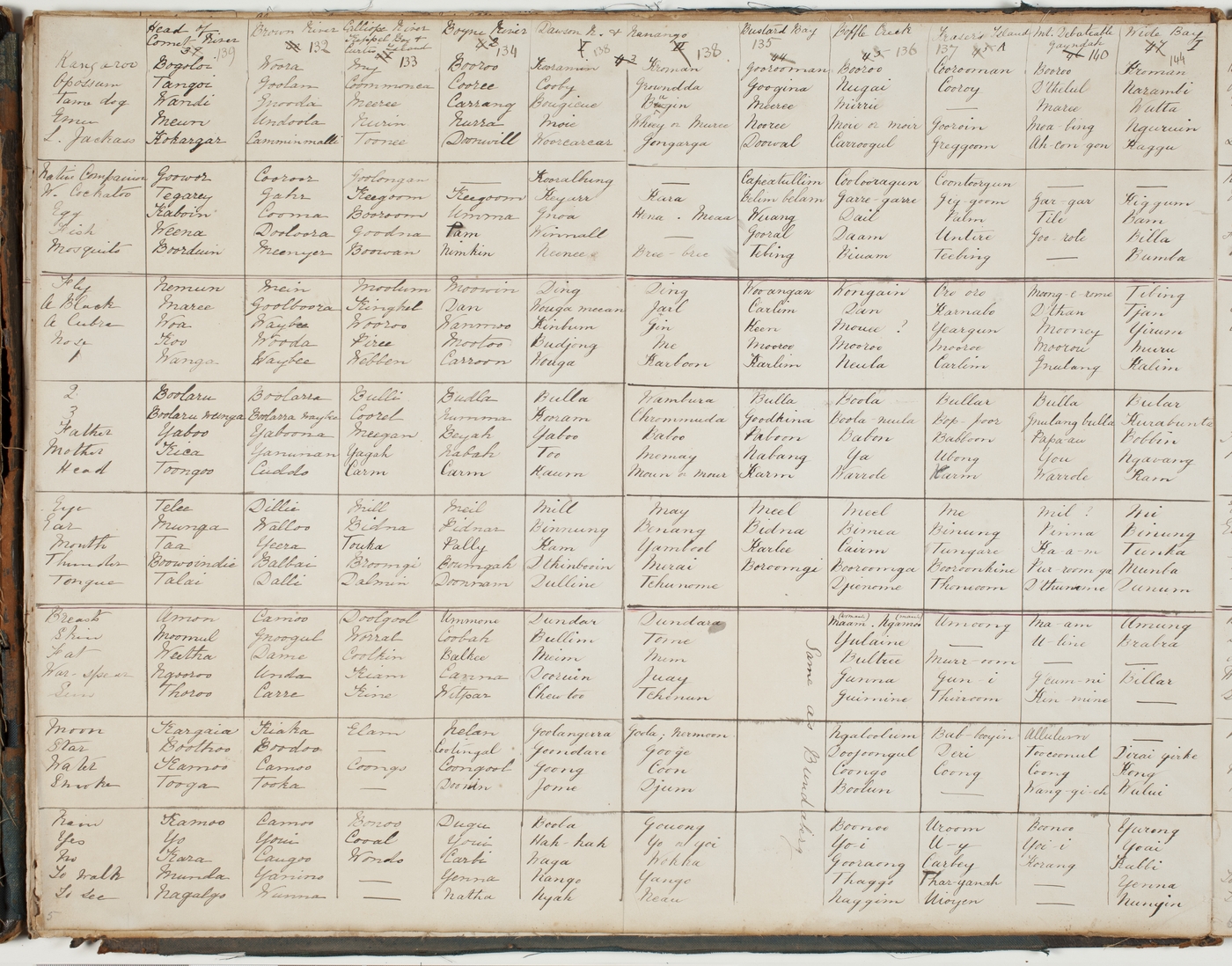 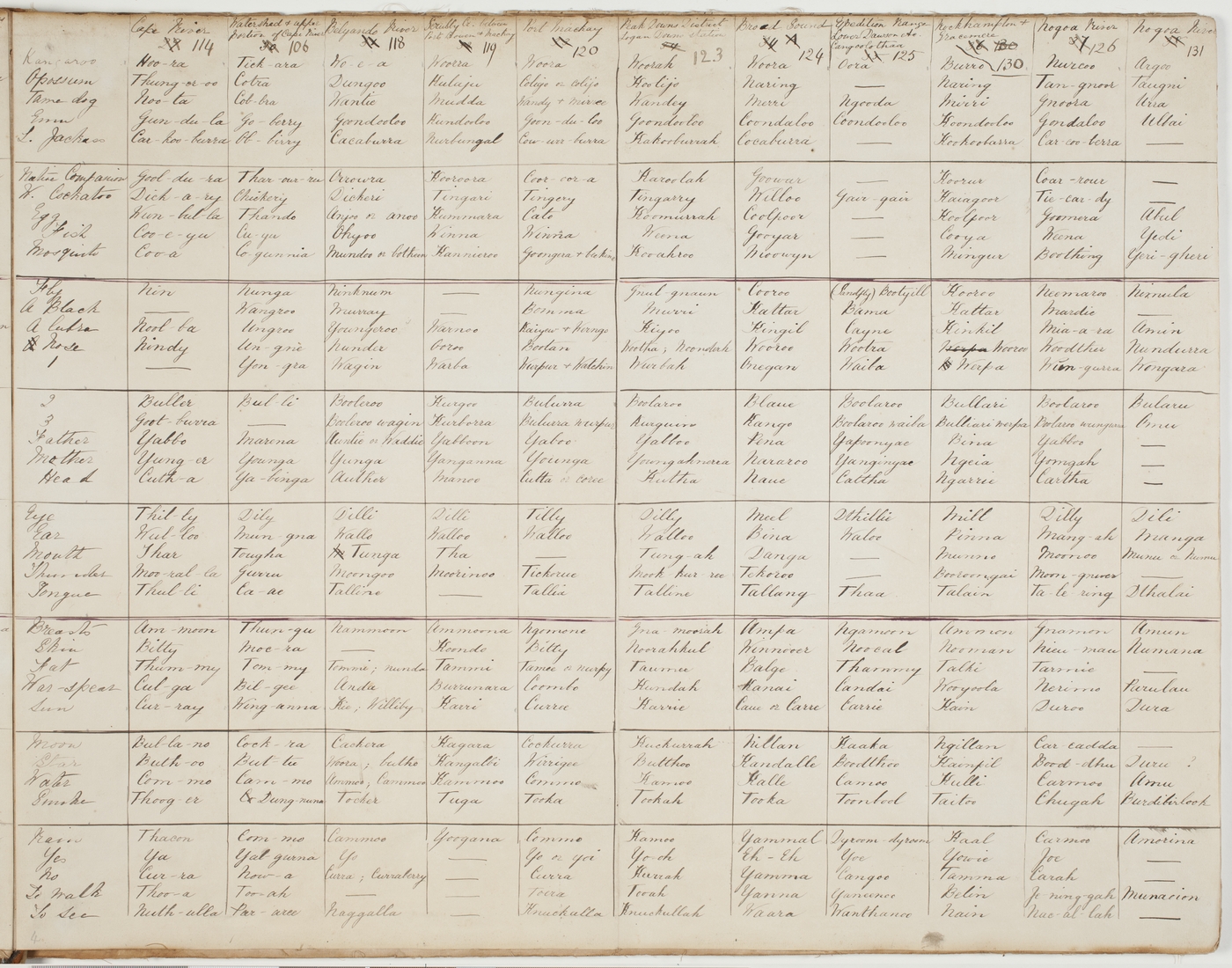 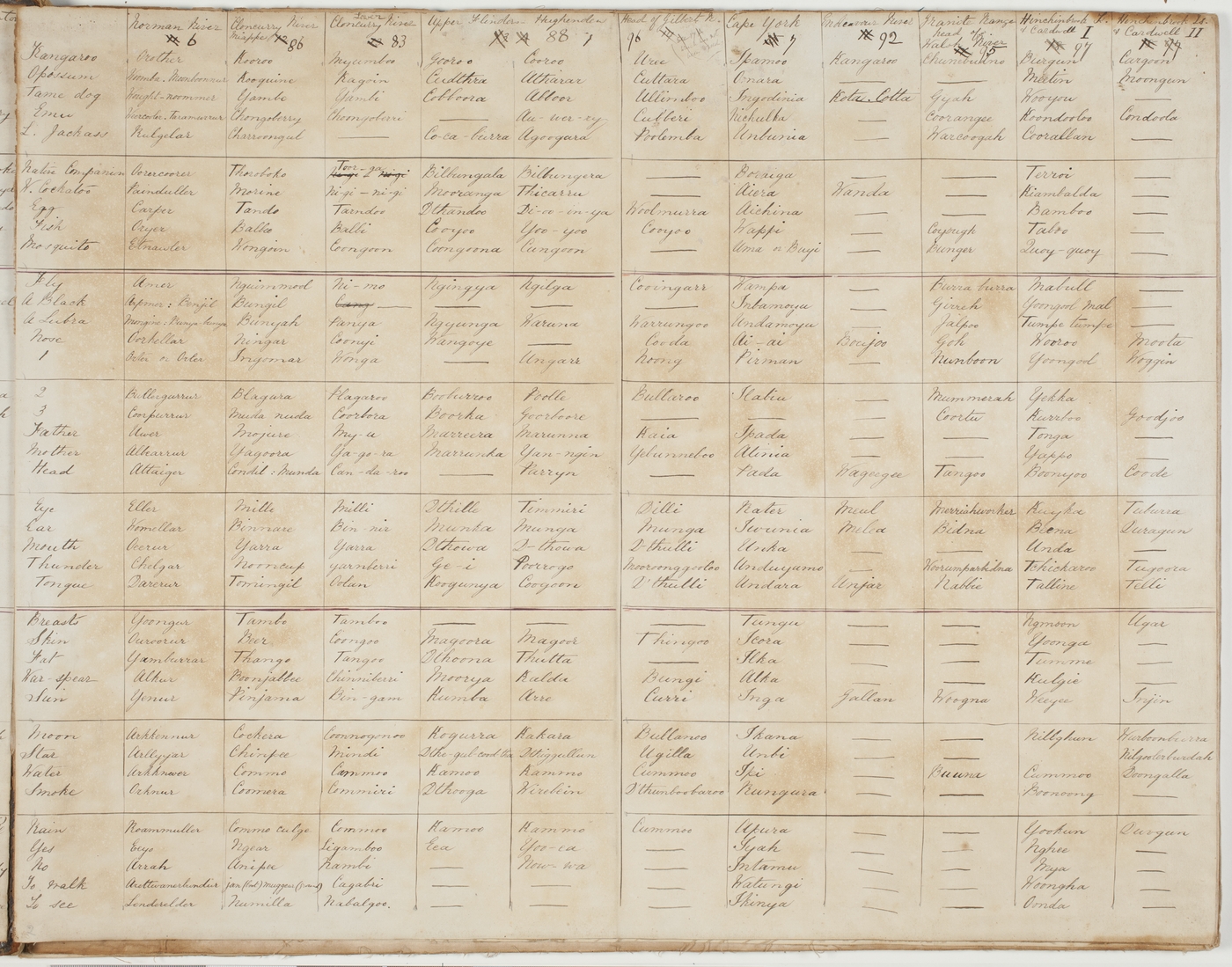 Description: A pencil inscription on the inside front cover reads: 'Since these vocabularies were copied others have been received which do not of course appear because the order in which the vocabulary stood at that time has also been completely altered, the numbers first used being erased, and the numbers as they now stand being unsorted in their place. EMC 24 May 1881.'

Do you know more about this language?